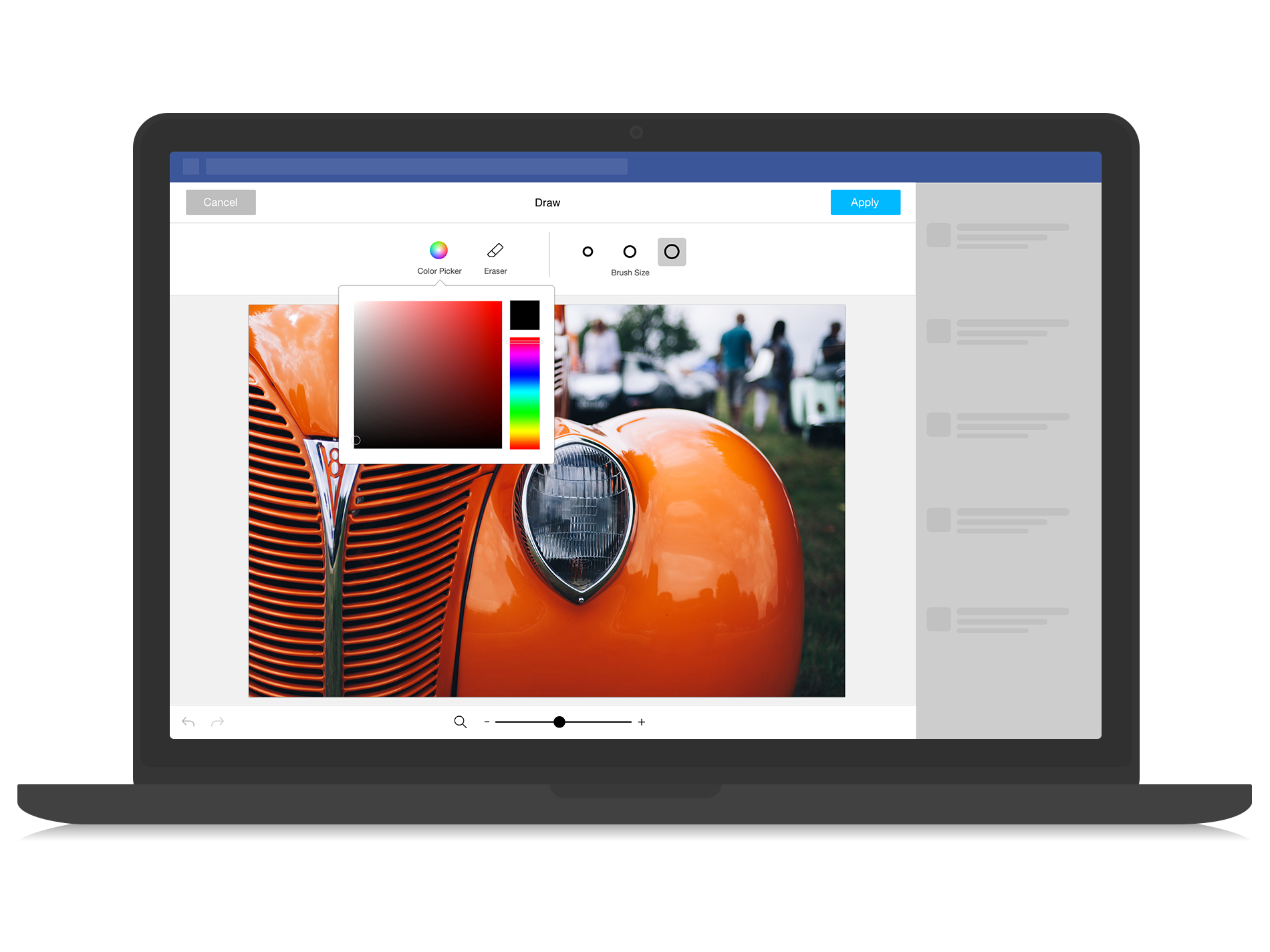 Aviary provides photo editing tools to developers and consumers. The goal was an interface redesign to the Avairy Facebook app, with some UX improvements and feature additions.

I was the only designer on this project. I collaborated with the stakeholders on UX/UI. During the UI redesign I proposed some changes to the UX which made it into the release. I helped visualize ideas through delivery of mockups, and final specs. Before and after launch, I helped with design QA.

Initially this was created as a B2B showcase product. After picking up some traction on Facebook, the team decided it needed a visual refresh for an additional marketing push they were planning. It had been sitting idle and the visual design needed someone to guide it from its trendy, skeuomorphic style into a style that represented the current expectations of the modern web.

They wanted to make it the most compelling photo editor app on Facebook, and after looking at the competition, we believed that making the product look and feel better was one step towards positioning the app as a leader, and would ultimately lead to a product that more people would want to use. 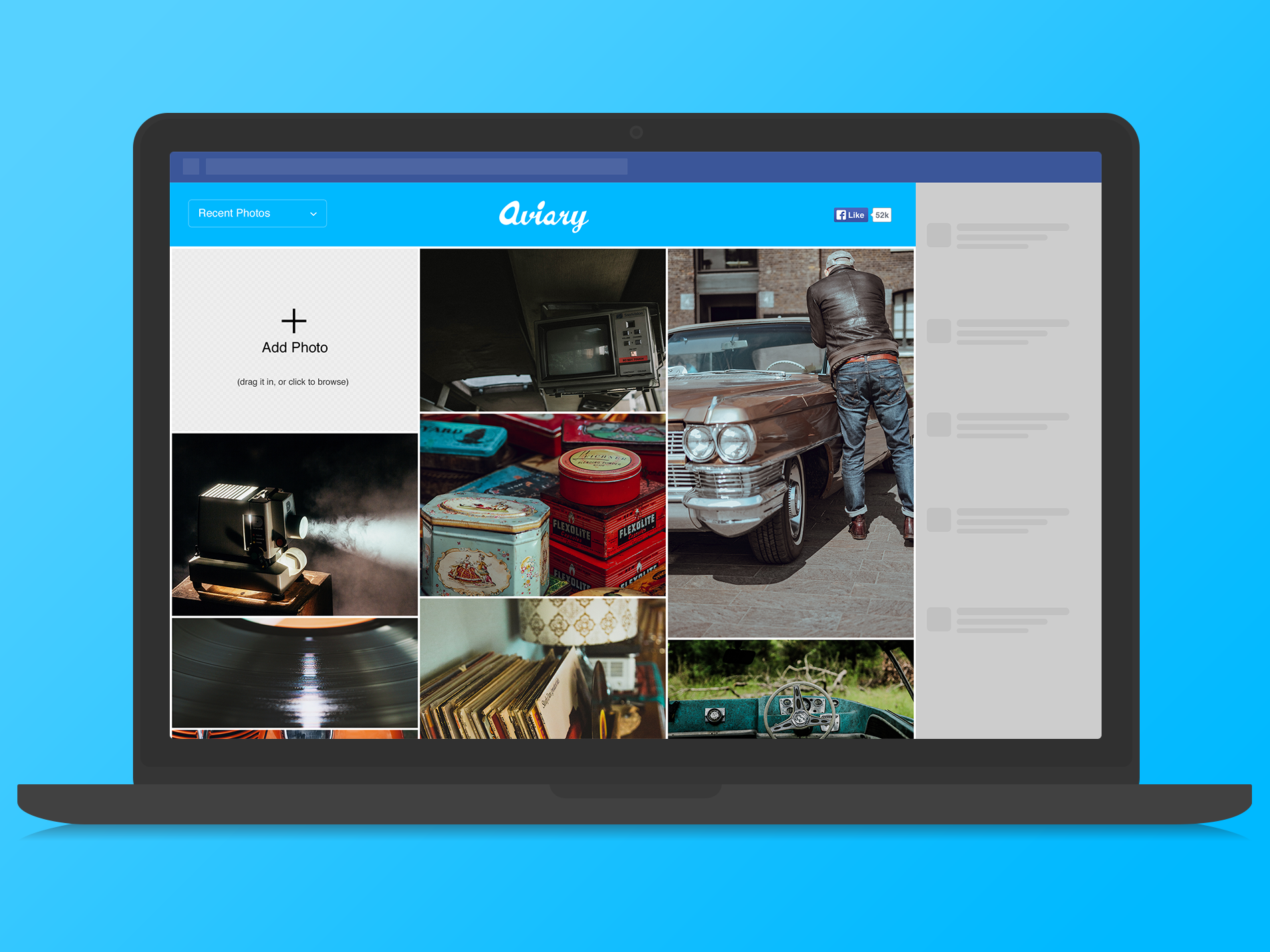 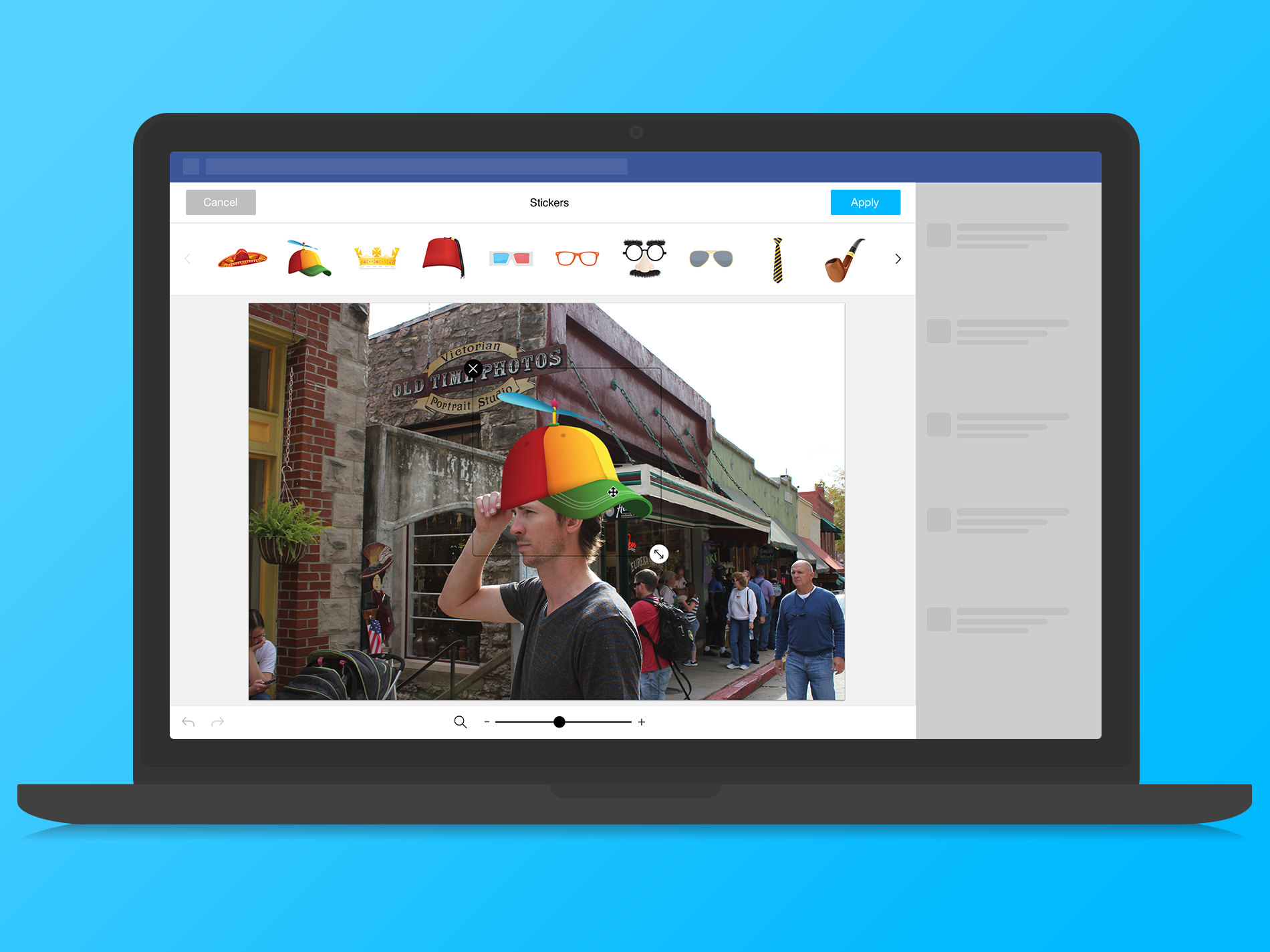 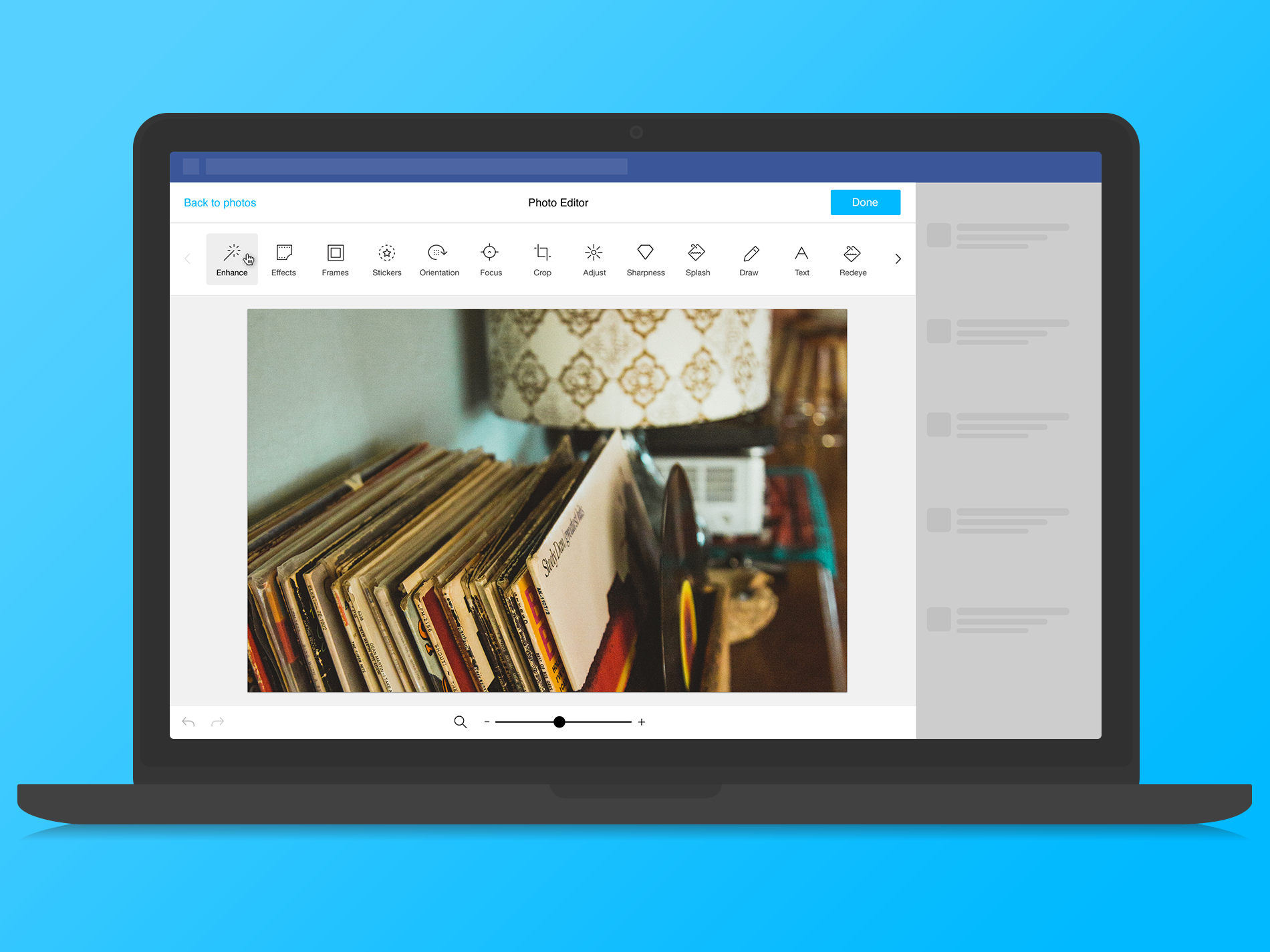 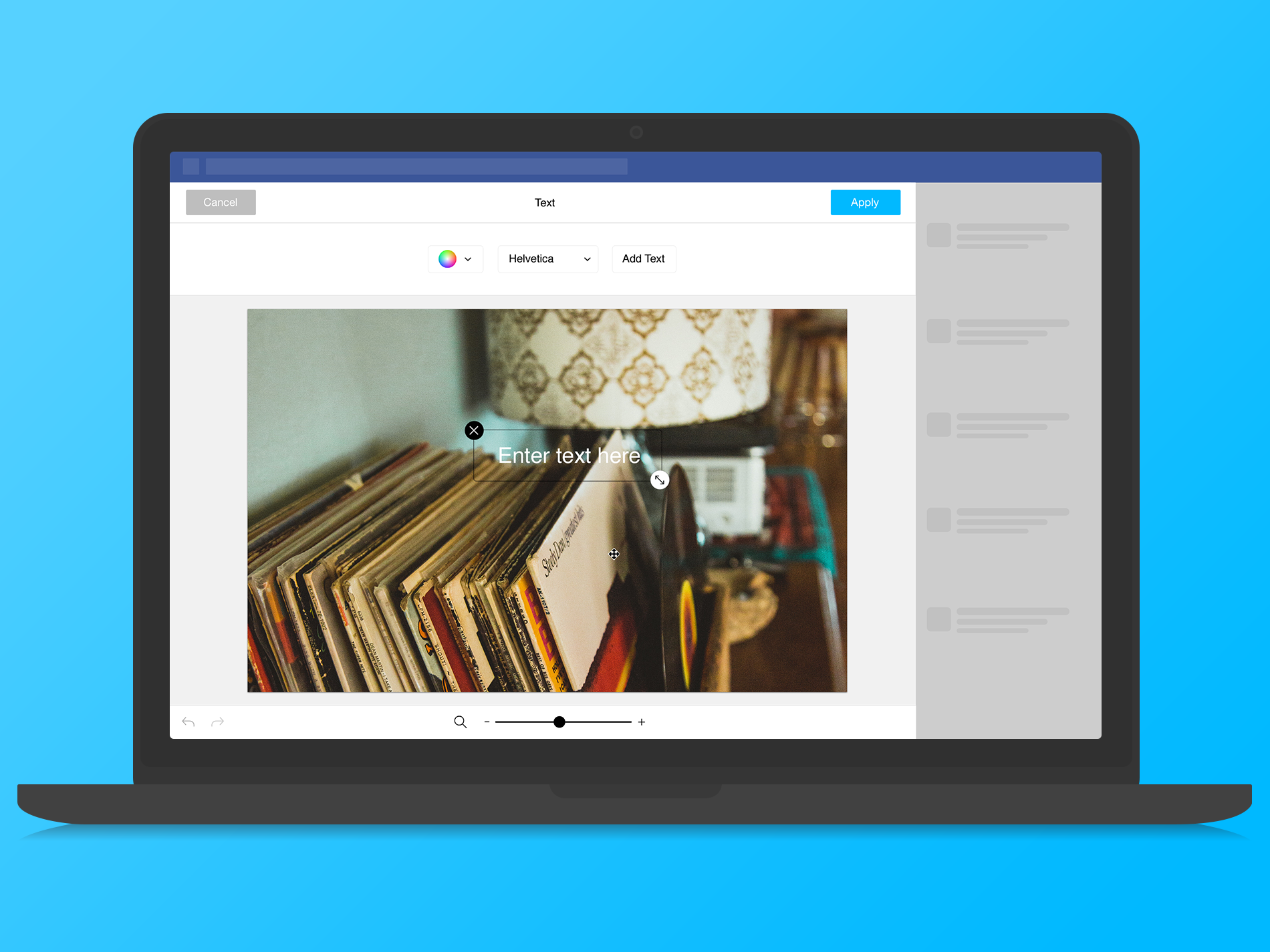 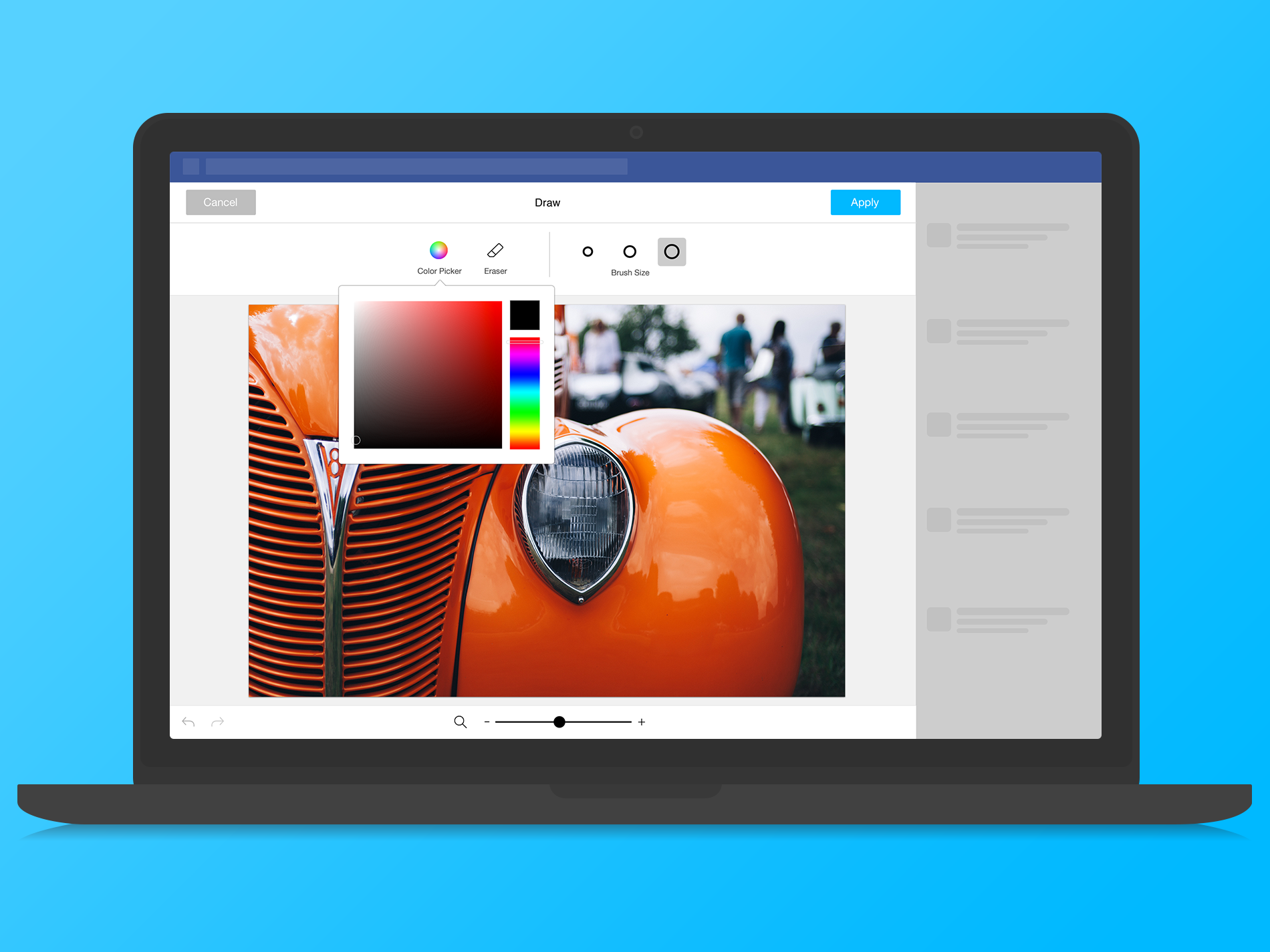 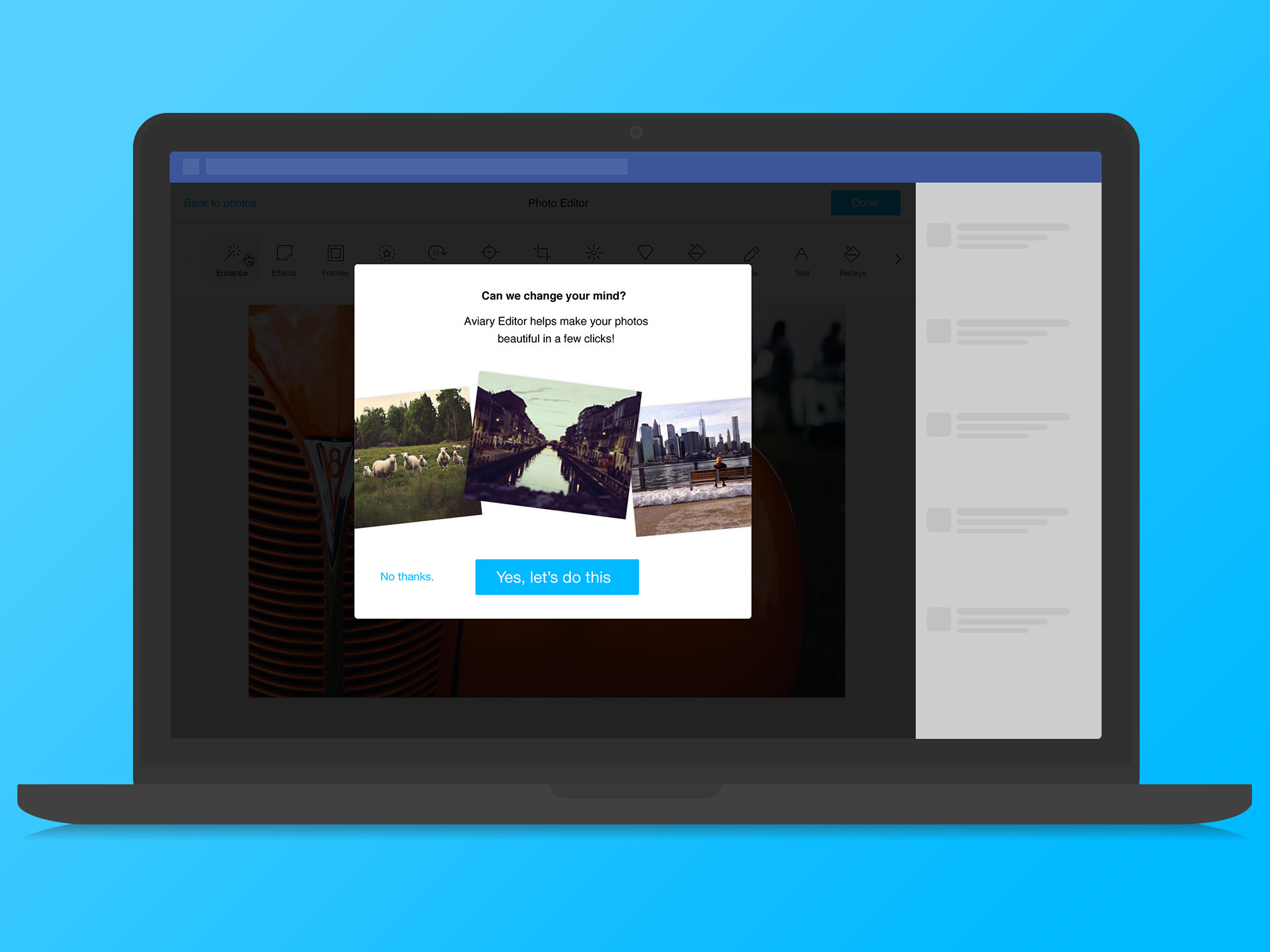 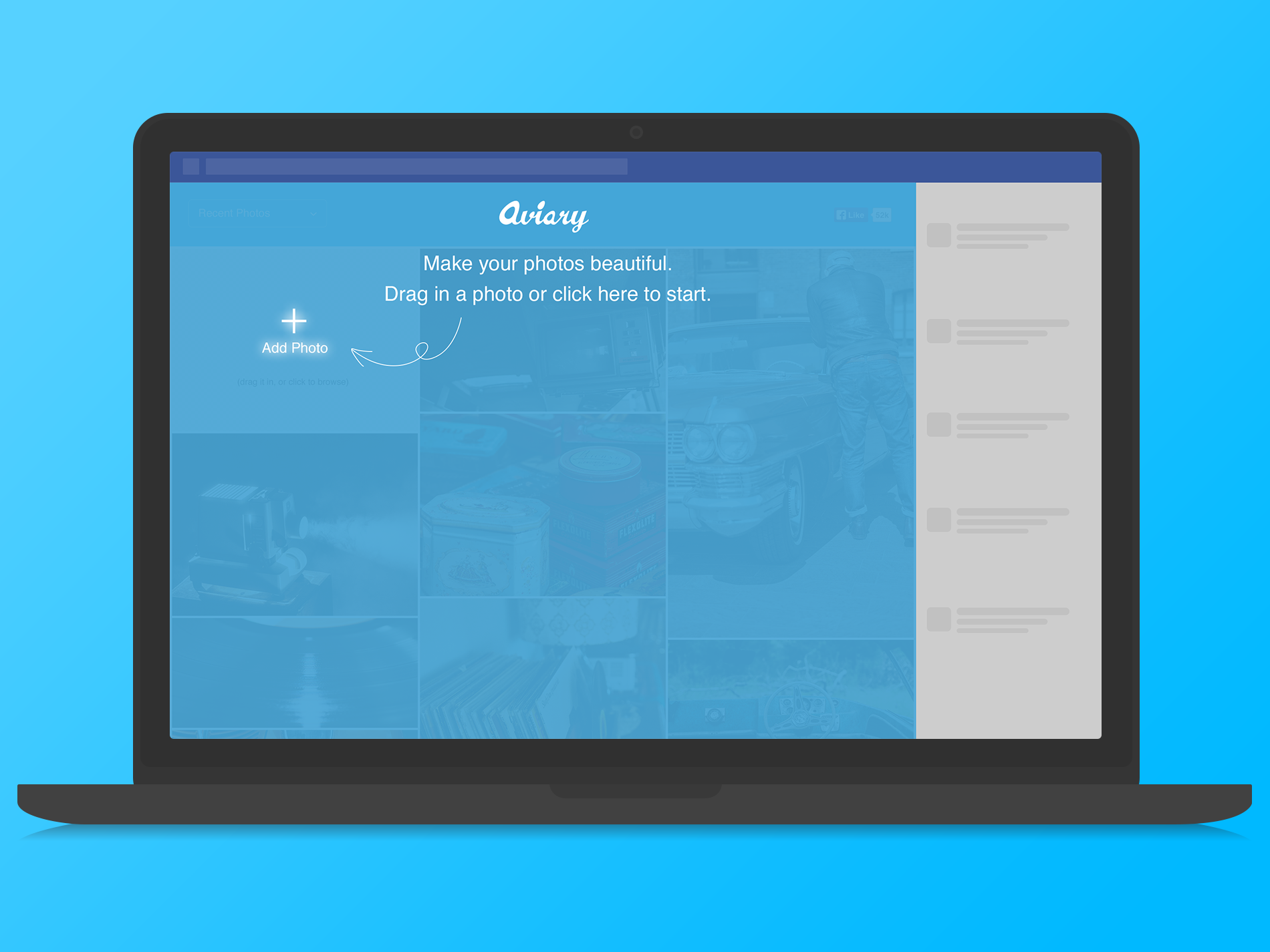 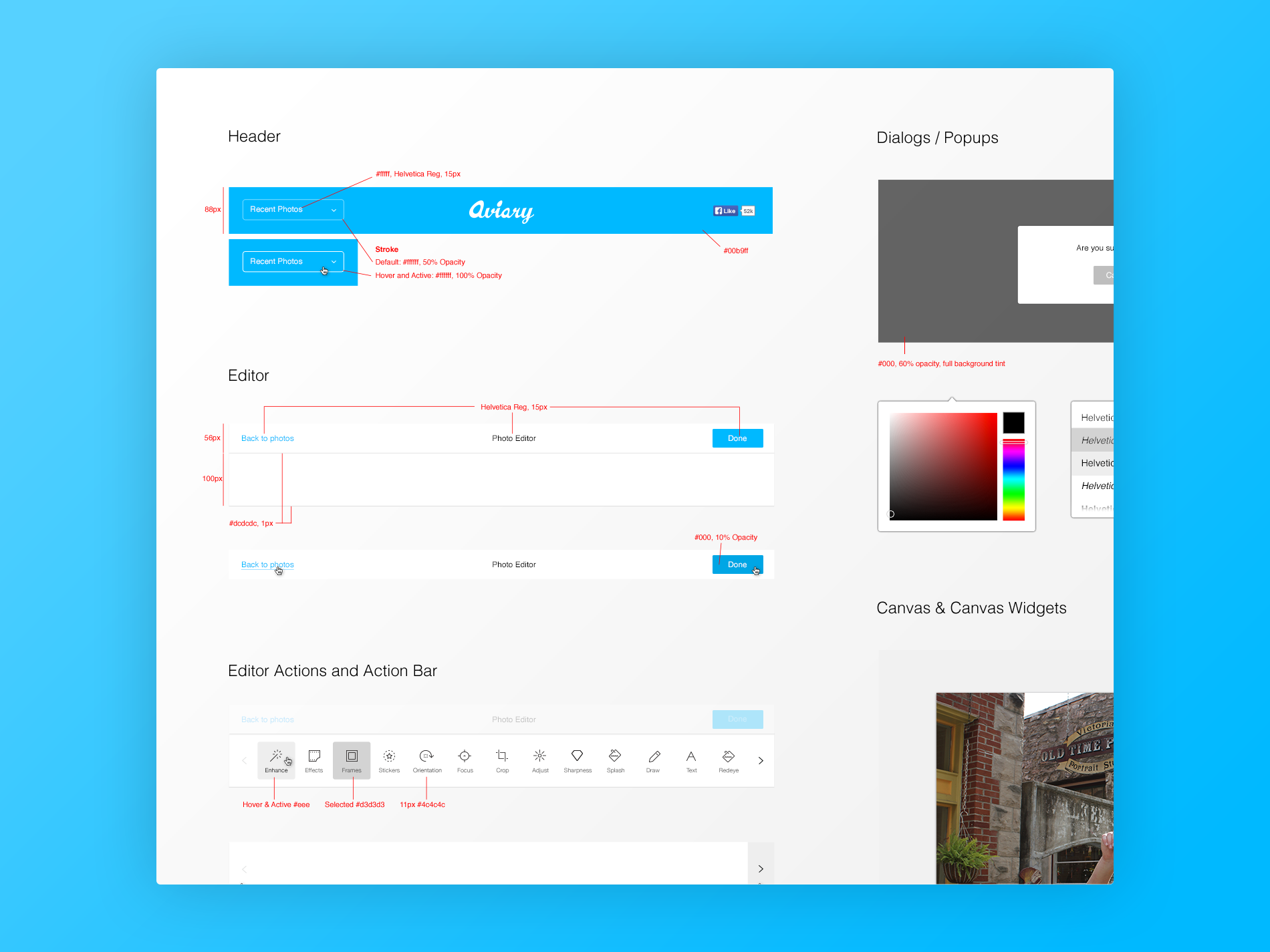